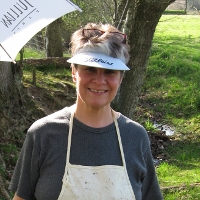 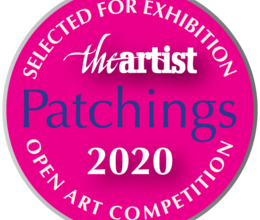 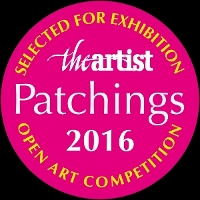 When I left school I had to choose between a place I had been offered at Art College or a conventional career. I chose the latter and although it was successful it took virtually all of my time and energy and I did very little painting over the next 30 years. Then in 2005 I took the opportunity of early retirement and shortly afterwards I started painting again, in oils, en plein air (in the open air). I predominantly paint landscapes and living in the Kent Weald provides me with a wealth of subject matter on my doorstep or a short drive away.

I love working on location with my subject live and in front of me – it is challenging and sometimes frustrating but above all it is inspirational and totally addictive. Experiencing nature while trying to capture “that moment” brings me a heightened awareness of sights and sounds. My aim is to allow my paintings to portray my personal interpretation - hopefully giving the viewer a new perspective.

My paintings are held in private collections throughout the UK and I have had buyers Internationally from as far afield as Australia.

My artistic journey to date:-

June 2020: My painting "In the orchard, late October with hazy sun" has been selected in The Artist category for the TALP 2020 Exhibition as part of the Virtual Patchings Festival.

May 2017: My painting "June afternoon, Nick's Lake" received a "Highly Commended" in the Artist Category, Patchings 2017 Competition/Exhibition and will feature on the Patchings Art Centre website from 13 July.

Jan 2017: Selected for The Royal Society of British Artists Annual Exhibition 2017 at the Mall Galleries with my painting "The old apple orchard - early April". Exhibition runs 22 March to Saturday 1 April 2017.

Jan 2017: Received notification that I am a finalist in the Kent Life Landscape Painter of the Year competition. I am invited to attend a preview launch at Lovelys Gallery, Cliftonville, Margate on 3rd March. My selected painting will then be displayed in the gallery at Lovelys for 2 weeks.

Dec 2016: The two paintings that I entered for the Royal Society of British Artists Annual Exhibition 2017 have both been pre-selected.

29 Oct to 16 Dec 2016: Participating in the "Small is Still Beautiful" exhibition at Smallhythe Studio.

Sept 2016: Selected by the Editor to be featured in the Online Gallery page of the November 2016 issue of Leisure Painter for my painting "Smallhythe Sky".

April 2016: My painting "Apple Blossom in May" has been accepted in the Artist Category for Patchings 2016 Competition/Exhibition. The exhibition at Patchings Art Centre, Nottinghamshire runs from June 9th to July 24th.

Dec 2015: Participation in the “Small is Beautiful” Exhibition at Smallhythe Studio.

Aug 2015: Invited by Smallhythe Studio to be one of a group of five artists who meet up once a month to share ideas, their work and skills and to spend time being creative together.

Aug 2015: Invited to exhibit at the “Small is Beautiful” exhibition taking place at Smallhythe Studio 1st to 19th December.

April 2015: Approached by Painters-Online, website for The Artist and Leisure Painter Magazines, to feature in an e-newsletter on how I completed one of my paintings "The Bluebell Woods, Rolvenden". I was thrilled to see this included in their May 2015 e-newsletter circulated to more than 30,000 recipients.

April 2015: My painting "The Dutch Barn, Hawkhurst" received a "Highly Commended" in the Artist Category, Patchings 2015 Competition/Exhibition and featured on the Patchings Art Centre website.

Nov 2014: Selected as the December 2014 editor's gallery choice for my painting "Hay Bales Newenden 1" from the painters-online website. My piece can be seen in the December issue of The Artist magazine.

Aug 2013: Invited to exhibit as a member of the “Artists of The Rother Valley” Christmas show.

May 2013: Attendance at West Dean College for a course of study under plein air landscape artist Tom Benjamin.

May 2013: Work accepted for The Artist and Leisure Painter 2013 Patchings Open Art Competition.

Nov 2012: Invited as a guest artist to exhibit with “Artists of The Rother Valley” at their annual Christmas art show in Northiam.

June 2009: Prize winner at the Rolvenden “Painting for Prizes” Competition.